Need a plugin that would pull your Facebook and Twitter feeds and display them on  your WordPress web site?

Look to “Feed Them Social” by the guys at SlickRemix.

Not being a developer but an advanced WordPress user,  I still enjoy dabbling in code. I have created websites for clients using WordPress since around 2008. But what I am really good at, is helping others. So I am the new Support Bot @ SlickRemix, and new blogger. I love WordPress, I love cool and useful Plugins and I love helping people. I also like the word “Bot’.

SlickRemix has developed several free and premium plugins for WordPress, and once in awhile someone has difficulty, a question, or needs some sort of assistance on the support forum. So here I am.

Here is something I was dealing with the last couple weeks with a website project I’m on.

There’s a site I’m working on for a charity that needs a social feed. I spent several hours searching out and testing social feed plugins, but didn’t find anything that was “just right”. One plugin had some promise, but I didn’t use it because it wouldn’t pull in Facebook images/photo posts unless I paid for the Premium.

I’m not against premium plugins, but to me I thought the feed should pull in your entire feed and not just leave you with blank space. Talk about ugly.

The Solution: Feed Them Social.

The free version did everything I needed it to do, right now. (Now I’m looking at getting the Premium for even more features).

So now I had my Twitter feed. I was happy.

But then I realized, hey, the @names (Twitter handles would be the correct terminology)- weren’t linked – they weren’t “clickable”. I wanted more interaction, more ability for my website users to discover new Twitter accounts to follow.

So one day I came across a snippet of code and decided to try it out. It was meant as a function to add to functions.php in a child theme, and the result would be to automatically LINK Twitter @names so they were clickable on a WordPress site.

I tried it several times, messed with the code, tried again, and couldn’t get it working. After getting syntax errors and white screens I finally handed the snippet of code to Spencer Labadie, one of the code guys (developers) at SlickRemix.

The next thing I know they are working this code snippet into the plugin. I assumed it would become a premium feature. I was pleasantly surprised that they worked it into an update for Feed Them Social and even added @twittername, and #twitterhash, and, well. Awesomesauce. So it’s ready now! Do you use Feed them Social? If you do, get in and update! Pretty new links and features to improve your social feed displays are waiting for you!

I have to get going now, I have a plugin on my web site to update. Just in time for #FollowFriday!

Update Tip: Give it a few minutes before the links show up, this is because FTS cache’s your feed for 15 minutes to speed up load time. I just updated and tested it on my own web site and it’s a great added feature. Thanks, SlickRemix.

Oh, want to try Feed them Social? Get it HERE. Or, if you’re already using this Plugin, grab your update from your Admin panel inside WordPress. Want to peek at what Feed Them Social Premium can do? I have that link as well – it’s HERE.

If you need some SlickRemix WordPress Plugin Support try out the Support Forum! 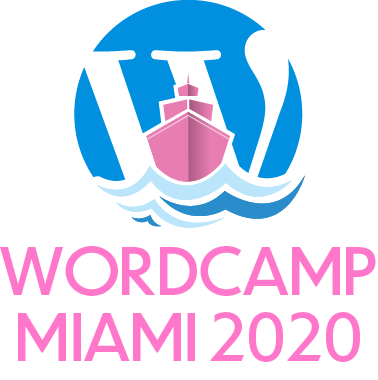 WordCamp Miami @wordcampmiami
Wondering if you should attend #WordCampMiami? 🤓 #WordPress users, #webdevelopers, #designers, #bloggers, and other enthusiasts should all feel welcome at a #WordCamp, regardless of their experience level. 👉 Get your tickets before we sell out at https://t.co/JXqu3Y70Uq https://t.co/hOGTLi0340
0
2
SlickRemix @slickremix
4 months ago
We are proud to announce Instagram Hashtag Feeds are back in our Feed Them Social Premium and Combined Streams Extension. https://t.co/aSVcu6BXYx
View on Twitter
0
0
SlickRemix @slickremix
5 months ago
🙌🎉WHAT!? INSANE!! Today we broke over 2,000,000 (2 million) downloads of our WordPress plugin Feed Them Social! Over 80K active installs! We can't thank all you enough! 🙏 Without you we wouldn't be where we are today. Big things coming for version 3.0!

All Plugins on Unlimited Sites for $249 All Access Pass